Mr. Walters. Always a fun game on a 7wt when he shows up.. I can't say enough about the versatility of a clouser minnow.. They catch everything.... Even clams. Yup clams.. They are a great fly to learn to tie and fish
Posted by pikepicker at 10:45 AM 6 comments:

Hey hey folks!!! I'm goin to be back to the blog, full speed ahead. The writing creativity has returned and I've got a ton of toothy tales to tell... As well as an tons of predator fly tying nonsense🤘🏻🤘🏻🤘🏻 I'm going to get into full fishing reports from here in VT what not. Thanks for sticking around MUCHO-GRACIAS!!!! PikePicker
Posted by pikepicker at 10:34 AM 1 comment: 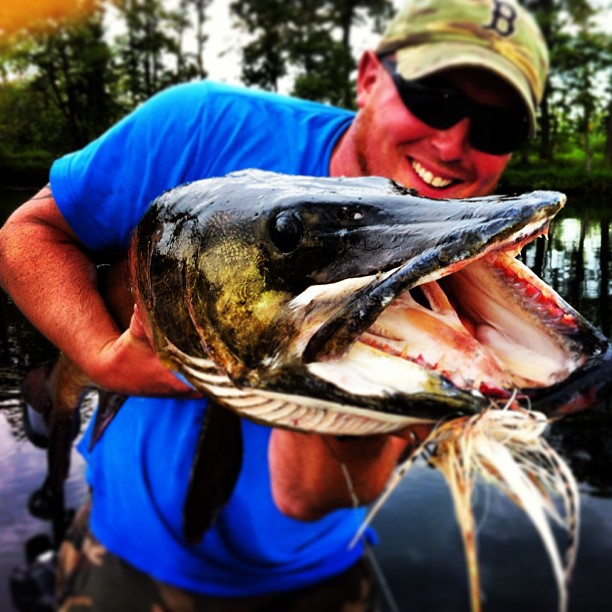 hey, yup its been a long ol year since I last posted, been drinking beer , shooting the breeze , tying flies and catching big ol mean predators
lotta stuff going down with the picker ill keep the words short and let the pictures do the talking over the next few weeks .......hell yea its been a hoot 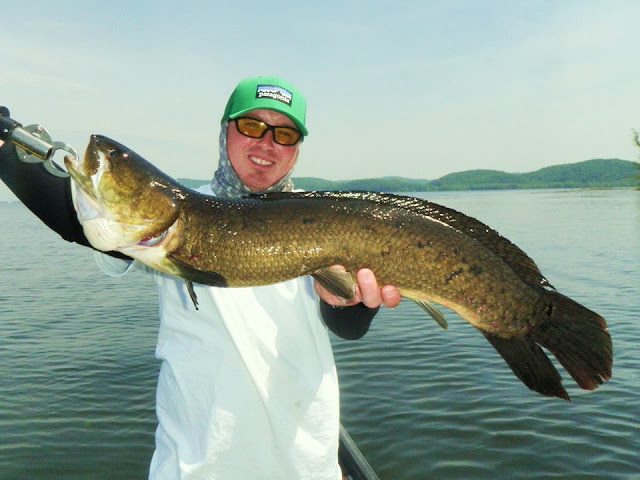 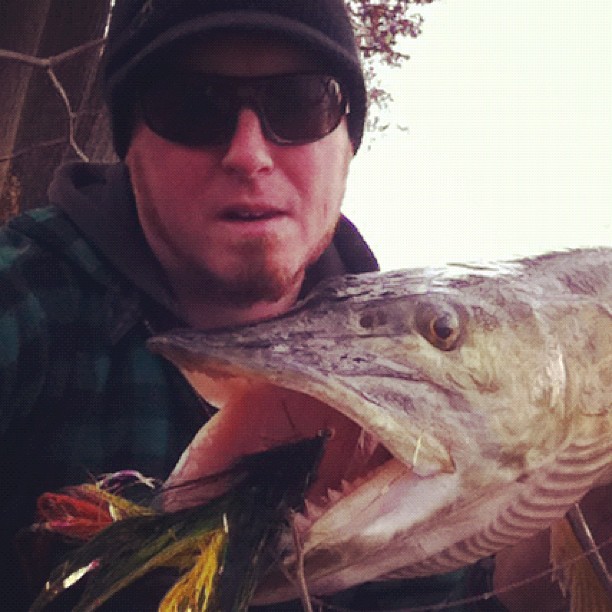 thanks to a brother
﻿
Posted by pikepicker at 3:21 PM 2 comments:

Well it's been a while on my blog........ probably wondering where that nut case went to?? Well its been a great year for pike and musky for me... so in not so many words less updates more time at school. I hope everyone has been well and catchin toothies..... So that being said if you aint heard of Vermont Fly Guys then look us up. We supply knarly flies to folks in need. Custom ties and what nots. Pike and musky patterns taking most of the heat and i l 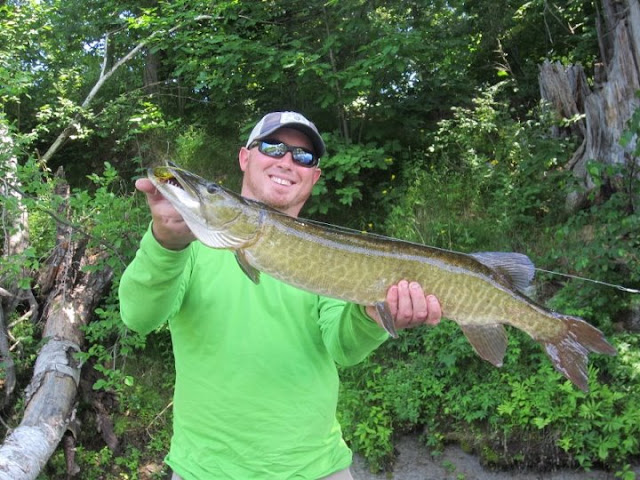 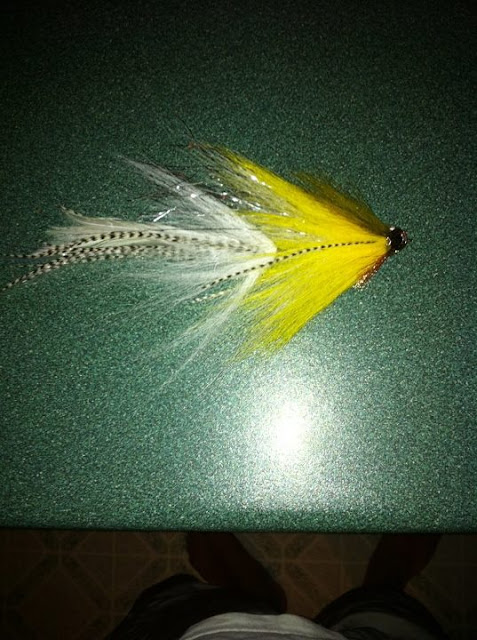 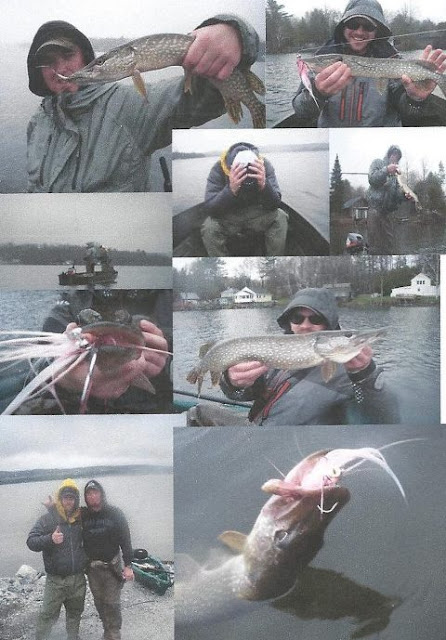 ove it. So im not really going to bore you with that I have been doing........lots of pike and musky tying and gettin out to chase when I can. Here are some pics to hold ya over....... 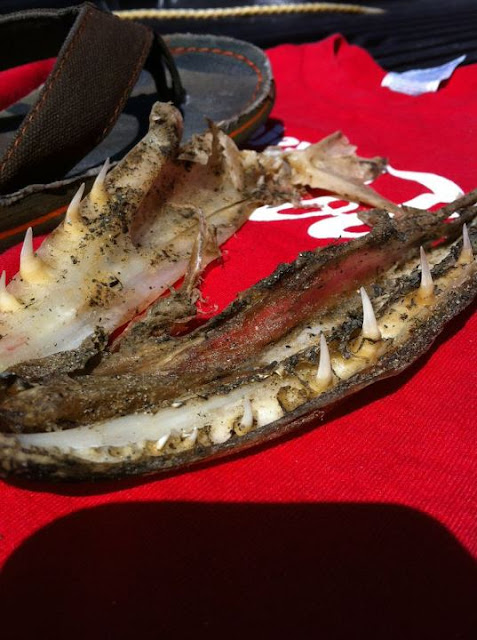 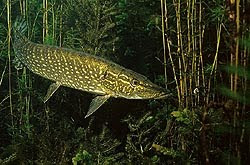 Just borrowed this from a site on line. I was able to spot a fat 32 inch pike terrorizing bait in 3 feet of water using cattails for camo amush. Now most blogs and I do as well post about flies and rods and what not , why not about local pike ambush cover. So read on and enjoy I found this page very interesting!! Tight Lines folks hope your gettin some toothies too!!! Common Cattail Typha latifolia Naturesongs.com Common Cattails are a familiar sight along the shore of any marsh, pond, lake, or river. They can even be found in ditches. Cattails are tall, stiff plants, growing almost ten feet tall. The leaves look like giant blades of grass, about one inch wide. The flower has two parts; a brown cylinder (the female part), and a yellow spike (the male part). Cattails are usually found in a dense stand (many together). Common Cattails have roots that creep, called rhizomes. Rhizomes grow new shoots quickly. This creates the thick stands which are great cover for the many animals which live among them. Red-winged Blackbirds are probably the animal most associated with cattails. The blackbirds are often seen in groups perching on them. They also build their nests on them. Besides Red-winged Blackbirds, waterfowl, such as Mallards and Canada Geese, nest among cattails. Frogs and salamanders will lay their eggs in the water on and between them. Fish will hide or nest among them. Muskrats eat Common Cattails and use them to build their houses. White-tailed Deer, Raccoons, Eastern Cottontails, and Turkey all use cattails as cover. Many species of insects eat and live on them. Common Cattails flower from May to July. In early fall, the brown flower head pops open, letting its fluffy seeds emerge. These seeds are carried by wind or water to new places. Many species of birds use the fluff to line their nests. Save the Prairie Society Relationships in Nature: Animals Using as Food Source Animals Using as Shelter Associations With Other Plants OTHER Muskrat Red-winged Blackbird Yellow Pond Lily Tussock Sedge C Canada Goose Muskrat Common Duckweed Beaver Mu Stagnant Pond Snail Canada Goose Pickerelweed Downy Woodpecker FP Mallard Common Reed Wild Rice EC White-tailed Deer Tussock Sedge Raccoon Green Algae Bullfrog Lizard's Tail Wild Turkey Long-leaf Pondweed Golden Shiner Greater Bladderwort Eastern Painted Turtle Spotted Joe-pye Weed American Dog Tick Marsh Bulrush American Toad Arrow Arum Green Darner Swamp Rose Mallow Freshwater Leech Wild Rice Eastern Newt Northern Water Snake Large Diving Beetle Stagnant Pond Snail Paramecium Green Darner Relationship to Humans: All parts of the cattail plant are edible. American Indians prepared the different parts in many ways. The leaves of Common Cattail are used to weave baskets, chair seats, and mats. People sometimes plant cattails along the shores of water to prevent erosion. The fluffy seeds are used as insulation for pillows and coats. An adhesive (glue) can be made from the stems. The pollen is sometimes used in fireworks. SCIENTIFIC CLASSIFICATION KINGDOM Plant DIVISION Magnoliophyta CLASS Liliopsida ORDER Typhales FAMILY Typhaceae GENUS Typha SPECIES Typha latifolia
Posted by pikepicker at 12:53 PM 4 comments: 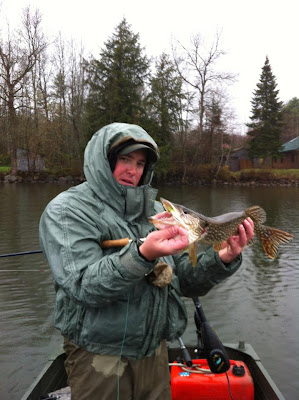 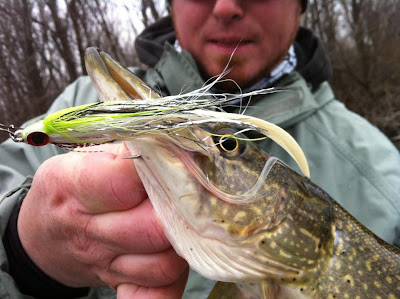 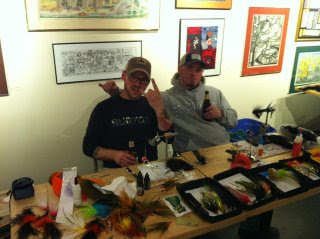 It's been a while since I posted been busy tying , fishing , film tour and our shop The Vermont Fly Guys. The pike action has picked up was in a lull there for a while. My biggest so far has been 35.25 and that was back in March!! So get out prowl the shallows and keep some flies at the ready! Ive been having good luck with subbugs , deceivers and bunnies. Seems anything with a little bit of white or red and chartreuse is the ticket. 5 inch long patterns and a bit of flash mixed in. As the season progresses amp your fly size up. This is not a rule of thumb per say I believe big or small if you get your fly in the right spot at the right time a pike is going to eat. Just seems smaller has been better lately. Ill be at GMT Tuesday nite from 6-9 so if your in the Jeffersonville area stop by and say Hey! Ill be twistin pike flies. Tight Lines and ill keep ya posted!
.
e
Posted by pikepicker at 5:38 AM 1 comment: 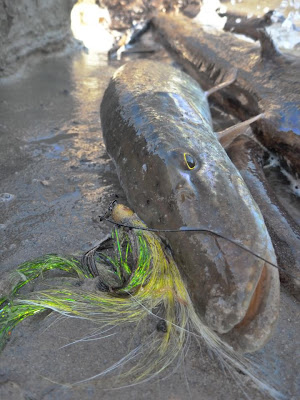 Buddy Brian Cadoret sent me this pic of a decent pike caught on a VFG's "bastard minnow" This a great pattern for searchin around. I gave this fly the name 2 years ago after one early spring outing on my third cast a 30 inch pike inhaled the streamer making me outta the blue go BASTARD! Well names just come about like that and it's been in my box and a few others ever scince. Hope all you out in pike fly land are scrfeamin names of your own....looks like i'll be hollering on Friday afternoon............Tight Lines!
Posted by pikepicker at 1:53 PM 1 comment:

pikepicker
A blog dedicated to the fluff-chucking nut in all of us!!

Friends of the Missisquoi

Samp's and crew for all your outdoor needs!!! 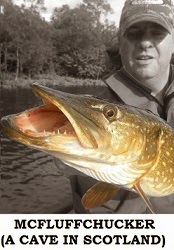 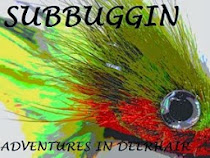 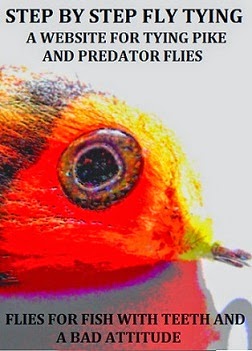 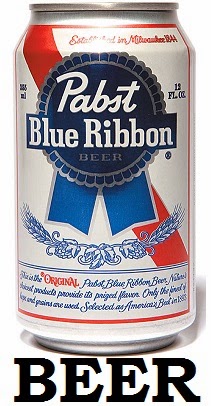 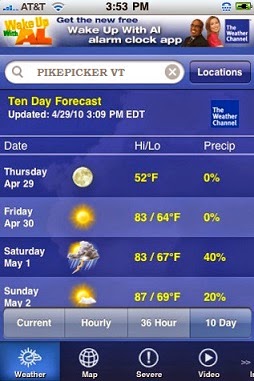 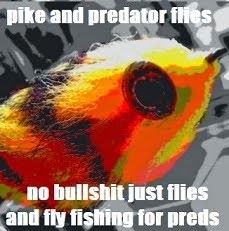 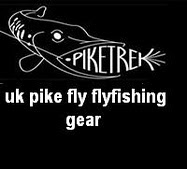 Brian Price with a good pike...nice! 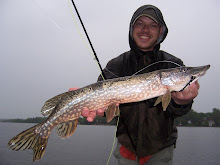 Map of Friends and Followers